How’s Your Travel Plan Coming Along?

We don’t like long lists. And we won’t tell you exactly where to go and what to do unless you ask us to. But we want to help you get your travel plan in gear, so we’ve done some broad strokes descriptions of some of our favorite destinations. Should you want more detailed information or even a rough itinerary, just drop us a note! Sure, when one says Morocco, you can easily mention Marrakech and its souks, or Casablanca, thanks to the film that took its name. But have you heard of Essaouira? It’s an established trading port on the Atlantic coast of Morocco, where the fantastic sea is echoed in the blues that adorn the city in unexpected places. Find it in doorways, and window frames, on fishing boats and random

Essaouira is more laid back than Marrakech, which makes it ideal for tourists who dislike the crowds and the tour groups and the breakneck “must-see everything” of many destinations. Mild winters and warm summers attract beach lovers and kitesurfers alike, thanks to broad beaches and powerful trade winds that blow upon its sheltered bay. The arts and crafts are alive here, and three major music festivals grace the calendar every year. Jimi Hendrix would approve. We like multi-faceted destinations, and Mallorca, the largest of the Balearic Islands, ticks a lot of boxes. A beachfront house or hotel with the classic trappings of sun, sea, and sand—check. Sports, speedboats, and shopping—check. Peaks and cliffs to climb, caves to explore and azure bays to swim and dive in—check. Quaint little villages, authentic local markets, olive orchards, and vineyards—check. Party all night and pamper all day—check. This list goes on and on.

The Mediterranean weather means people do come in droves at the peak of summer, but it’s a large enough island with plenty to do for all budgets. The best advise we’ve heeded was to plan our trip before (or after) the main summer crowds hit. So, your best investment, in fact, is time. A random beach in sunshine 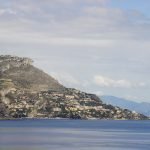 When you want a holiday travel plan that is both high end and low key, this is the place to be. High-profile events like the Cannes Film Festival and the Monaco Grand Prix draw many who’s who entries, but red carpets, super yachts, and fancy sports cars aren’t the only reason to hang out.

Also known as the French Riviera, the coast has long attracted royalty, artists, and high-rollers for various reasons. British aristocrats came here to escape the cold and damp. Painters such as Renoir, Matisse and Picasso appreciated the clear light and vivid colors. Writers Edith Wharton and F. Scott Fitzgerald wrote their masterful manuscripts here. The list of familiar names is long, and if you’re a fan of any of those names, then a visit to the region is like walking on hallowed ground.

This place is not all glitz and glamour though. Quiet and quaint spots can be found both inland and along the coast. Medieval villages dot the area, dreamy lavender landscapes exist, heady white limestone heights attract climbers… But don’t just get carried away by what to see and do. Because the Cote d’Azur is in Provence, you should let your tummy in on the delights too. Longest beach in San Vicente on the west coast Kayangan Lake and its majestic karst The archipelago of Palawan holds on to its nickname as “the last ecological frontier of the Philippines” and just about avoids the creep of mad modernity. It’s a sprawling wonderland of monitor lizards, bear cats, flying squirrels, bearded pigs, salt-water crocodiles and more–if you know where to look. Put Palawan in your travel plan if you want to channel the spirit of intrepid, Lonely Planet-style adventouring. Examine stupendous rock formations above ground, underground, and underwater. Imbibe the pre-western animist cultures of hunter-gatherers and subsistence farmers. Gawp at colors and textures you don’t see elsewhere in nature. Sample the delicate, slimy woodworm called tamilok (actually a shell-less bi-valve) in a dip of local vinegar.

Don’t take this to mean Palawan is all rough and rugged, as the surreal, luxurious, and exclusive Amanpulo Island Resort calls Palawan home. Other luxury accommodations with eye-watering price tags are sprinkled on this sub-archipelago of nearly two-thousand islands in various shapes and sizes. But truth be told, It won’t matter what sort of traveler you are, because there’s plenty of room for everybody.